Kids Helping Schools received a grant request from Kamau Stanford, the extracurricular coordinator for the Mastery Charter School – Shoemaker Campus. Mr. Stanford was teaching a group of approximately 25 at risk boys from West Philadelphia. He felt that these boys had great potential, but needed motivation to see the possibilities that existed outside of their own community; many of them had never left Philadelphia. They were studying Shakespeare, and struggling to find a corollary to the experiences of their own lives. The class required a great deal of commitment, and he felt that by studying the entire semester with a goal of travelling to Lincoln Center to see Otello at the Metropolitan Opera, he could not only motivate his students to realize a high level of achievement (as the trip was only available to those that did well in the class), but that it would be a transformational experience for those who saw the fruits of their hard work and experienced a world that was foreign to them, but attainable.

Mr. Kamau requested funds to purchase 30 tickets to Othello at the Metropolitan Opera, roundtrip bus transportation to NYC, dinner for all at an upscale Lincoln Center Restaurant and tuxedo rentals for the boys.

KHS awarded Mastery the maximum grant amount available at the time, $3,000. Unfortunately, the grant would not fully cover the costs of the trip, so Kate worked to find other solutions to make the trip possible for the boys as contemplated by Mr. Stanford. After spending hours searching for options, Kate convinced Men’s Warehouse to contribute most of the cost of the tuxedo rentals, the Metropolitan Opera to provide the tickets at a steeper discount than they traditionally offered tickets to students, and the restaurant to provide the meal at their cost.

Because I know you all are looking for more reading.

I tell you guys, the work we do every day, is so ENORMOUS and necessary.

Here’s my reflection from our trip on Friday to New York City.

Yesterday was, hands down, the most amazing day in my 12 year educational career.

I, along with my 6 months pregnant wife, Shannon and my spiritual, political and worldly advisor, Marshall, chaperoned a trip of 21 boys to New York City.  Our itinerary, change from street clothes into tuxedoes, take pictures, board a full sized, coach bus, travel to New York, go atop the Empire State Building, go to a private dinner at B. Smith’s and attend “Otello” at the Metropolitan Opera House.

I knew this day was going to be special.  I just had no idea how.

From my morning lecture and breakfast on rules, expectations and “I’ll leave your butts in NYC” threats, to putting on their tuxedoes, I watched the magic begin to unfold.

I told them all, “be somebody else!”  I told them, I was not interested in taking them, as they were on this cultural exposé, but rather I wanted to take the men they would become.  I told them to channel that person, for they may find that they like him.

As we took pictures around our mostly renovated school, I wanted to make sure they saw the growth.  I felt it important to show, not say, the conditions others before them were forced to be educated in: so many of our most breath taking pictures came from the “dark side”.

Once we passed Exit 13 of turnpike and we saw all the NYC traffic began to assemble, so we ditched the two hour line of the ESB for a cultural, media lesson of NYC with a brisk, walking tour of Times Square.   Marshall conjured thoughts of the “Invisible Man” as he explained to the young men about capitalism, commercialism, trends and brands…and that…were the CMO, CEO & president of THEIR own brand!

We walked Times Square to 5thAvenue, toured St. Patrick’s Cathedral, went to Rockefeller Plaza, turning heads of ALL onlookers, who in NYC tourist fashion, frequently asked the boys to stop and take pictures.  But all the while, something fascinating was happening, these young boys, were finding TONS of people drawn to them… as opposed to running from them.  They were feeling their power!

In B. Smith’s as we sat and ate and the young men gave toasts to one another, to myself and expressed their thanks for the opportunity.  Then the “itis” started to set in.  What had I done: take a group of young black men to a soul food restaurant and then to the MET?  I encouraged them to remember that other person they were to become as we arrived at the MET.

My true learning had yet to begin.

When we entered the MET, all eyes were on us and for the first time, these proud, young, black men, felt very small to me.  I was confused: why don’t they feel and look proud anymore, where was all that power, were they just sleepy?  But no, standing in the beautiful MET lobby, I begin to hear their whispers: “we don’t belong here”, “I feel like an outcast”, “this was a dumb idea”.  I was crushed, but driven even further….NO THEY WOULD NOT BECOME THOSE LITTLE BLACK BOYS FROM WEST PHILLY AFRAID TO LEAVE THEIR NEIGHBORHOOD, TONIGHT THEY WERE PROUD YOUNG BLACK MEN!!!!  I told them of the responsibility they had for all young black men to redefine how they are viewed and perceived.  I told them to relish in the moment, to hold their heads high, to feel and embrace what it was like to be a unicorn, for unicorns are the most mythological creatures of all folklore, whose sight alone would stop people in their tracks, that if they wanted to be successful in America, this was going to be their reality.  I might have swayed 6 of the 21.  No good!  My wife tried, being more compassionate and understanding to their feelings and told them to there was no malice behind the looks of astonishment, but rather…astonishment!  Their fears begin to subside, but not fully.  13 of the 21…still not good enough!  Marshall took them to church.  He very directly told them to SHUT UP…forget that soft, good feely stuff, that my wife and I were giving them, but took them through the history: that this play was ABOUT a black man, that the best actor to portray Othello was from West Philadelphia, spoke and sung in 20+ languages and his name was Paul Robeson…he told them, THEY we home!  If he had a microphone, he would have slammed it down and walked away.

Quaron came forward and said, “shit, I feel like a billionaire!”  They all laughed.  They got it.  It was about them.  They had arrived at a higher point of self.   Now instead of being huddled in ball of plankton, they began to spread out, engaging hungry, curious onlookers, telling them about the program, where they were from and why they were there.

At the end of Act I, they were in heaven.

At intermission, they quickly got out of their seats to address their admiring fans.

At the end of Act IV, they joined me and thousands (with seats, far “less exciting” then their orchestra seats) and stood on their feet and cheered and whistled and screamed “BRAVO” “BRAVI”!

I’m still not sure why, but I cried.  Maybe because Othello tells the story of a tragedy sung through beautiful, breath taking music or because I watched my boys grow…but I cried.

This was…What It Takes! 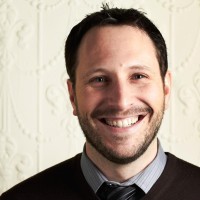